It always correlates to the property development and land reclamation of Hong Kong.

The once seaward General Post Office is now waiting for redevelopment.

Frank the tour guide is eager to share Hong Kong history and his story with clients during his private car tour service.

The fourth generation of General Post Office replaced the classical third generation in 1976.

The classical and beautiful third generation of General Post Office (middle, building with a tower on the top) was also once next to the waterfront.

(By Frank and Frances Carpenter Collection – This image is available from the United States <a href=”//commons.wikimedia.org/wiki/Library_of_Congress” title=”Library of Congress”>Library of Congress</a>’s <a rel=”nofollow” class=”external text” href=”//www.loc.gov/rr/print/”>Prints and Photographs division</a>
under the digital ID <a rel=”nofollow” class=”external text” href=”http://hdl.loc.gov/loc.pnp/cph.3c20791″>cph.3c20791</a>.
This tag does not indicate the copyright status of the attached work. A normal copyright tag is still required. See <a href=”//commons.wikimedia.org/wiki/Commons:Licensing” title=”Commons:Licensing”>Commons:Licensing</a> for more information., Public Domain, Link)

The fourth generation General Post Office is a wide but short building.

Its height is only 120-feet tall because Hong Kong Colonial Government sold a piece of land right next to the planned location of General Post Office to British-owned Hong Kong Land in a record price in 1970 (258 million HKD).

The short General Post Office does not block the sea view of Jardine House, which has a lot of circular windows.

The tall building was the tallest building in Hong Kong and the whole Asia in the 1970s, the former Connaught Center and now Jardine House.

The General Post Office was right next to the sea for the easy handling of letters and parcels in the past.

The original shore line up to 2006

After the reclamation work, which led to the removal Star Ferry Pier in 2006, it is now about 500m from the shoreline.

It has planned to move the General Post Office to the new area and sell the valuable land (estimated value is about 90 billion HKD) to the tycoon in the central business district.

Hope Hong Kong Post will keep the beautiful mosaic, which creates the Hong Kong Victoria Harbour view by about 70,000 stamps after the removal! (For the details of the stamp mosaic, please browse Frank’s old post about mosaic in General Post Office) 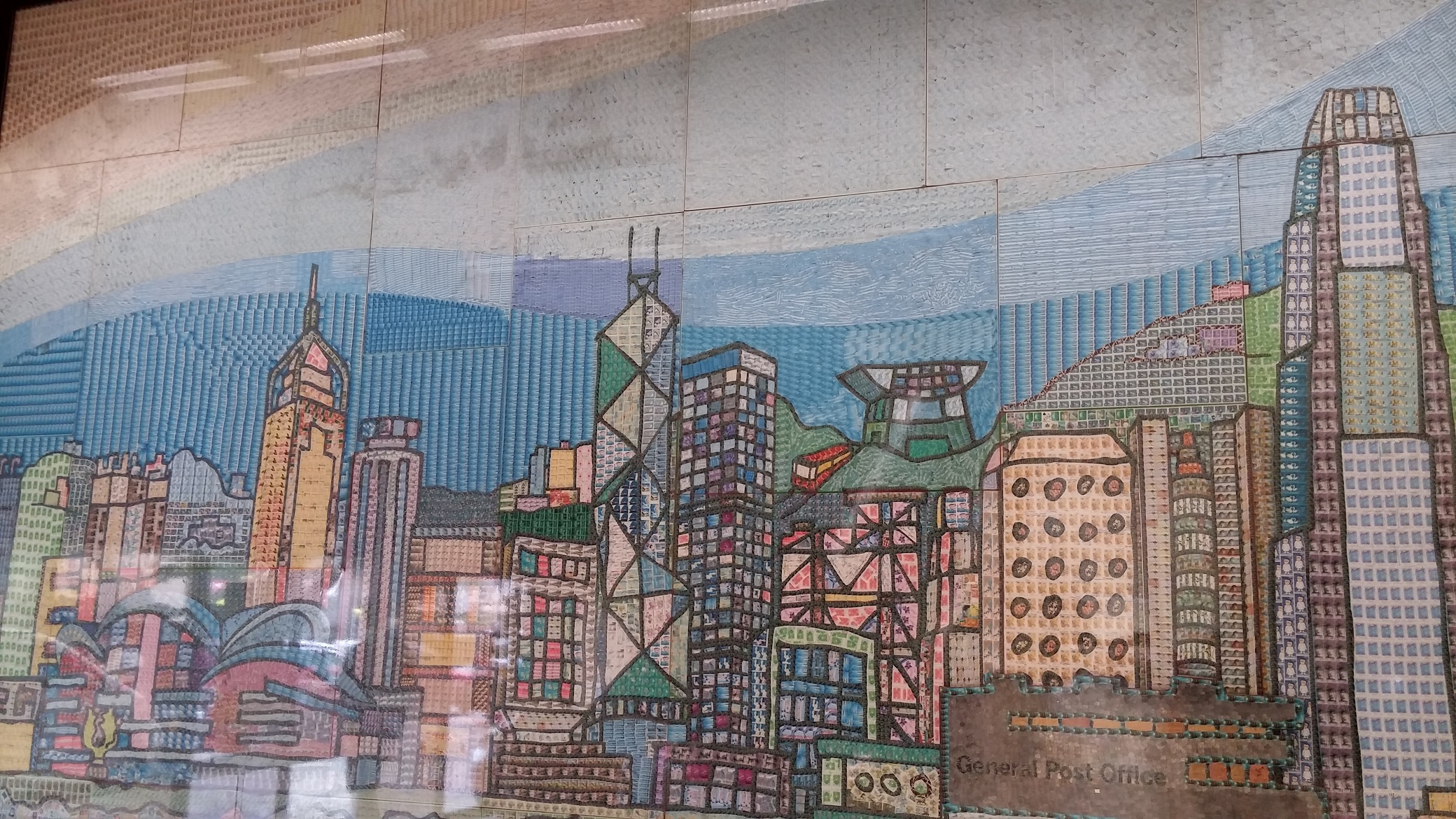 Frank the tour guide once was the office boy working in Central from 2003 to 2006.

Frank often used the Central elevated Walkway, which interconnects with General Post Office, to walk to the old Star Ferry Pier, take the boat to Kowloon and go to the Open University of Hong Kong for evening lessons.

Frank is eager to share more about his story and Hong Kong’s history with clients during his private car tour.

Hope can sere you in Hong Kong after Covid-19!