As they look so much alike, a lot of Western visitors cannot tell them apart.

Frank the tour guide is going to show the four mascots’ differences on their origin, image, character and function.

Dragon is a mythical animal. 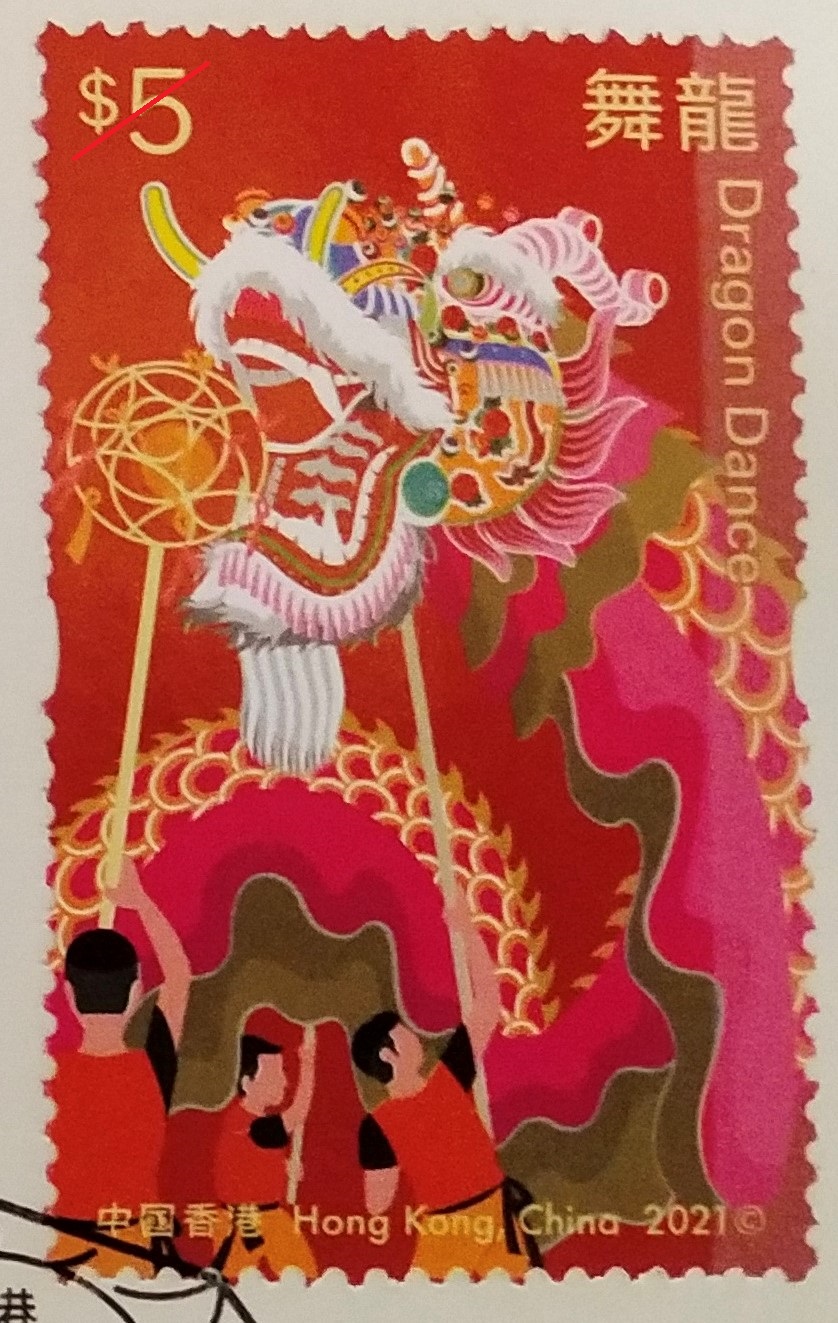 In the prehistoric time, people felt helpless when they faced the natural disasters.

Chinese just created the omnipotent dragon to be their protector, mascot and totem.

Thus dragon in China is different from the dragon in the West.

Chinese dragon is actually the combination of nine different animals, i.e. horns of deer, head of camel, eyes of rabbit, ears of cattle, neck of snake, belly of clam, scales of fish, claws of hawk and palms of tiger!

Dragon’s image originated from the multilateral peace talk after the prehistoric tribal wars in China.

The benevolent and large-minded winning tribe chieftain decided to make a new totem for the Chinese race by combining other tribes’ totems, i.e. today’s dragon.

The normal dragon dance or parade is to celebrate big events.

A lot of special fire dragon parades originally were for fighting the pandemic. 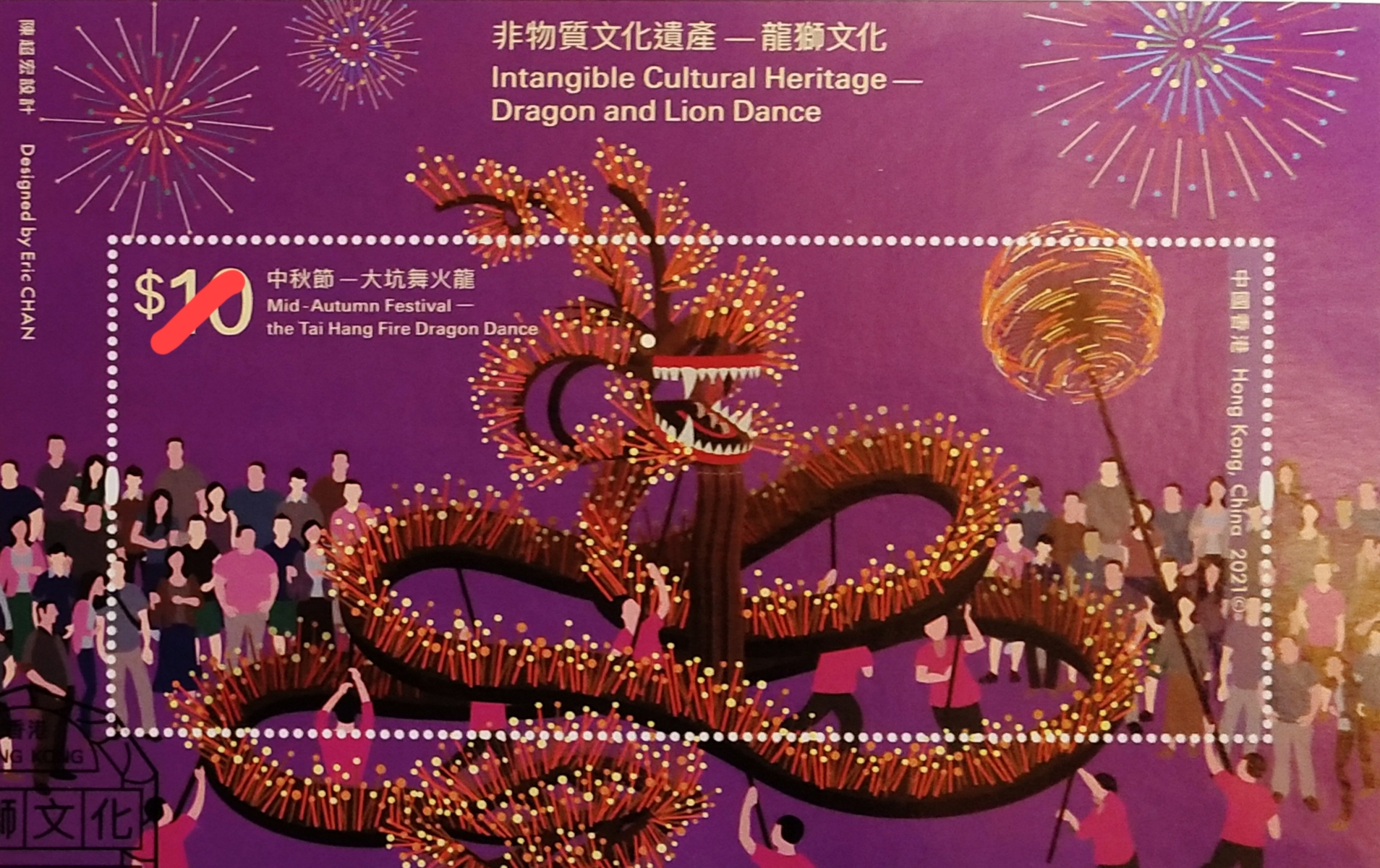 Chinese were eager to to use the magic power of the brave and confident dragon to overcome the disease.

Among the four animals, only lion really exists. 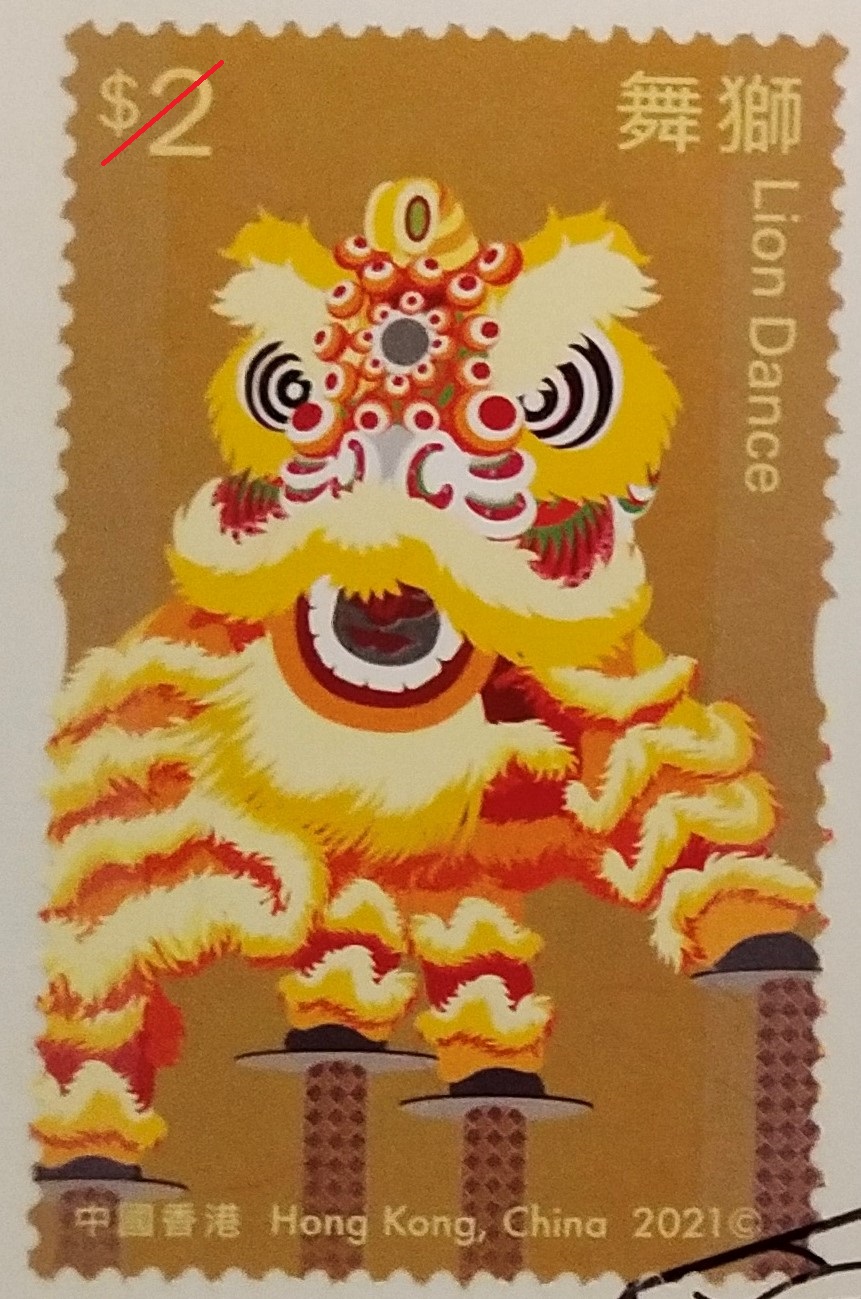 However, it is not the native Chinese animal.

Chinese emperors got the lions and original lion dance performing arts when the vassal states paid tributes to them.

Chinese people could not see the real lion.

Chinese could only learn the image of lion and lion dance practice through another import Buddhism, which used lion sculptures as temples’ protectors and used lion dancers to lead the Buddha parades.

Up till now, the “lions” for lion dance still resemble to the lion sculptures at the entrance of Buddhist temples.

The cute image of the lions helps to attract believers and audience.

Lion dancers wave the colorful lion head and use quick, exciting and amusing actions to show lion’s complex character and entertain audience during the Chinese New Year and other Chinese traditional, cultural and religious festivals. 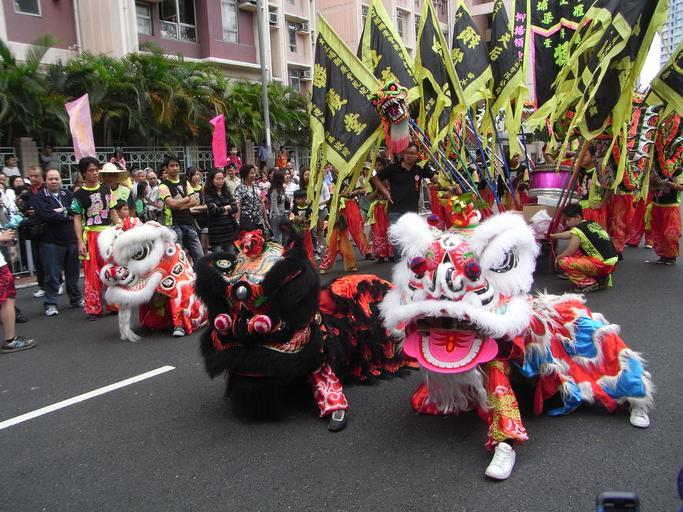 When lion dancers do the mourning lion dance at the funeral, they wave a black and white lion head slowly, kneel down and walk by knees to show the sadness and pay tribute to the respected dead. 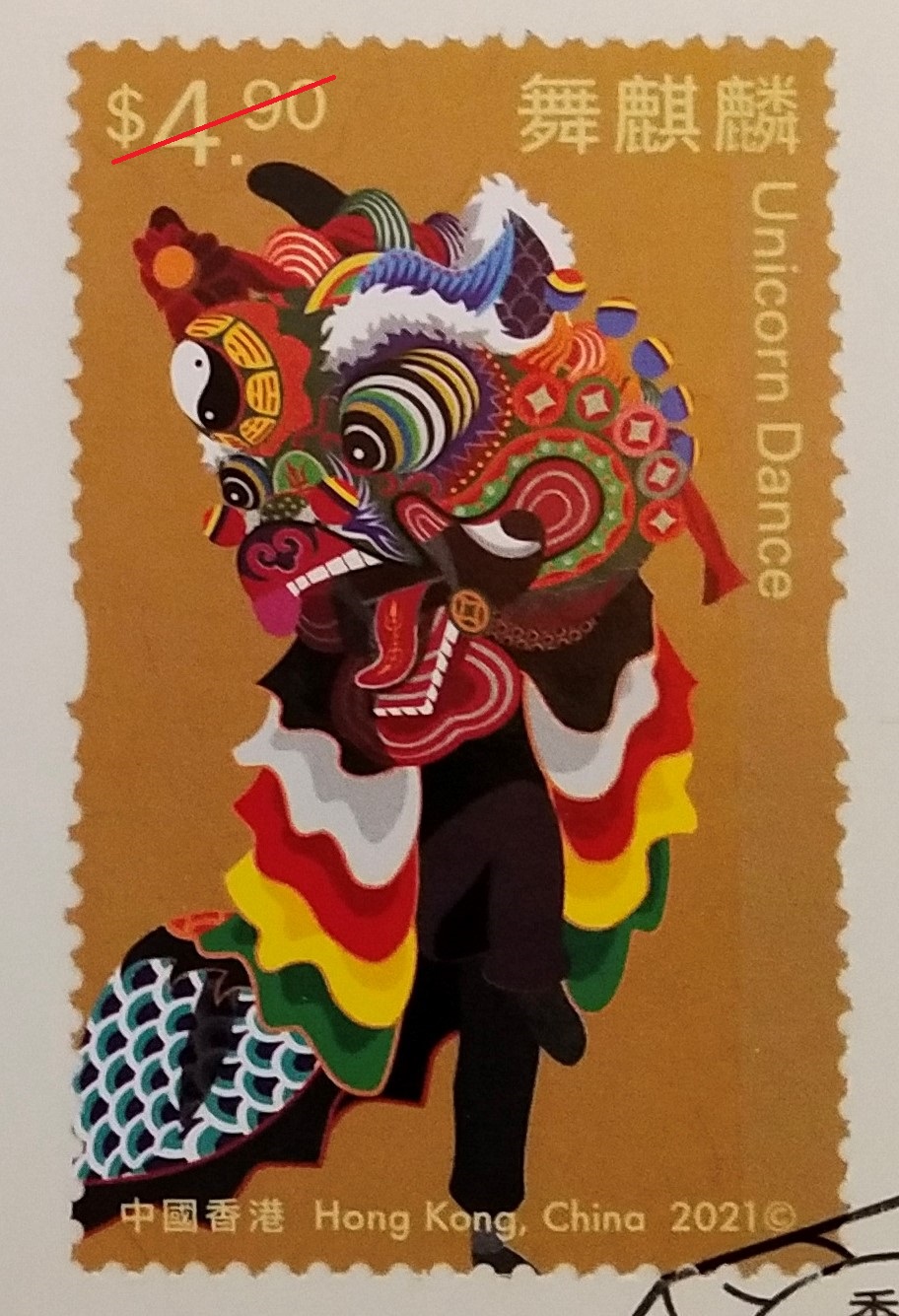 Although it has the more than enough might, it does not hurt people and animals, trample on insects and flowers.

So unicorn is called “the benevolent beast”! 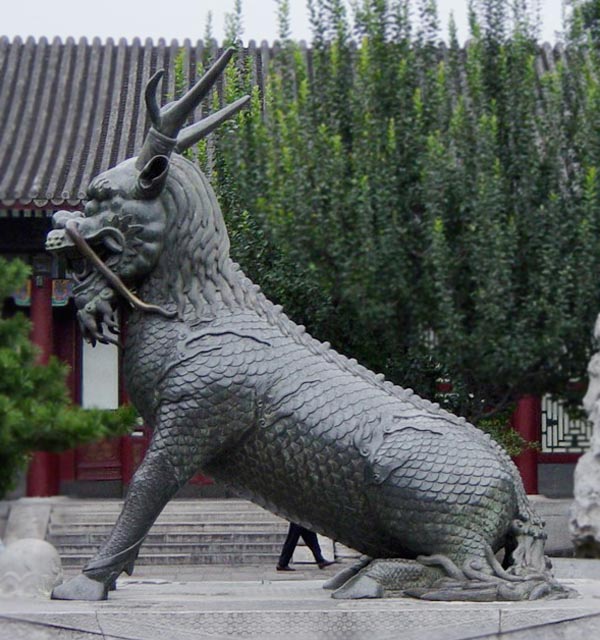 The unicorn dance, which always acts in an orderly manner, shows the mascot’s personality.

Unicorn congratulated his mother on the birth of her great son in her dream.

Now apart from the celebrations of Chinese New Year and festivals, unicorn dancers perform at the wedding parties to wish the couples to get the son as soon as possible!

The mythical pixiu has completely different background and character with the kind unicorn. 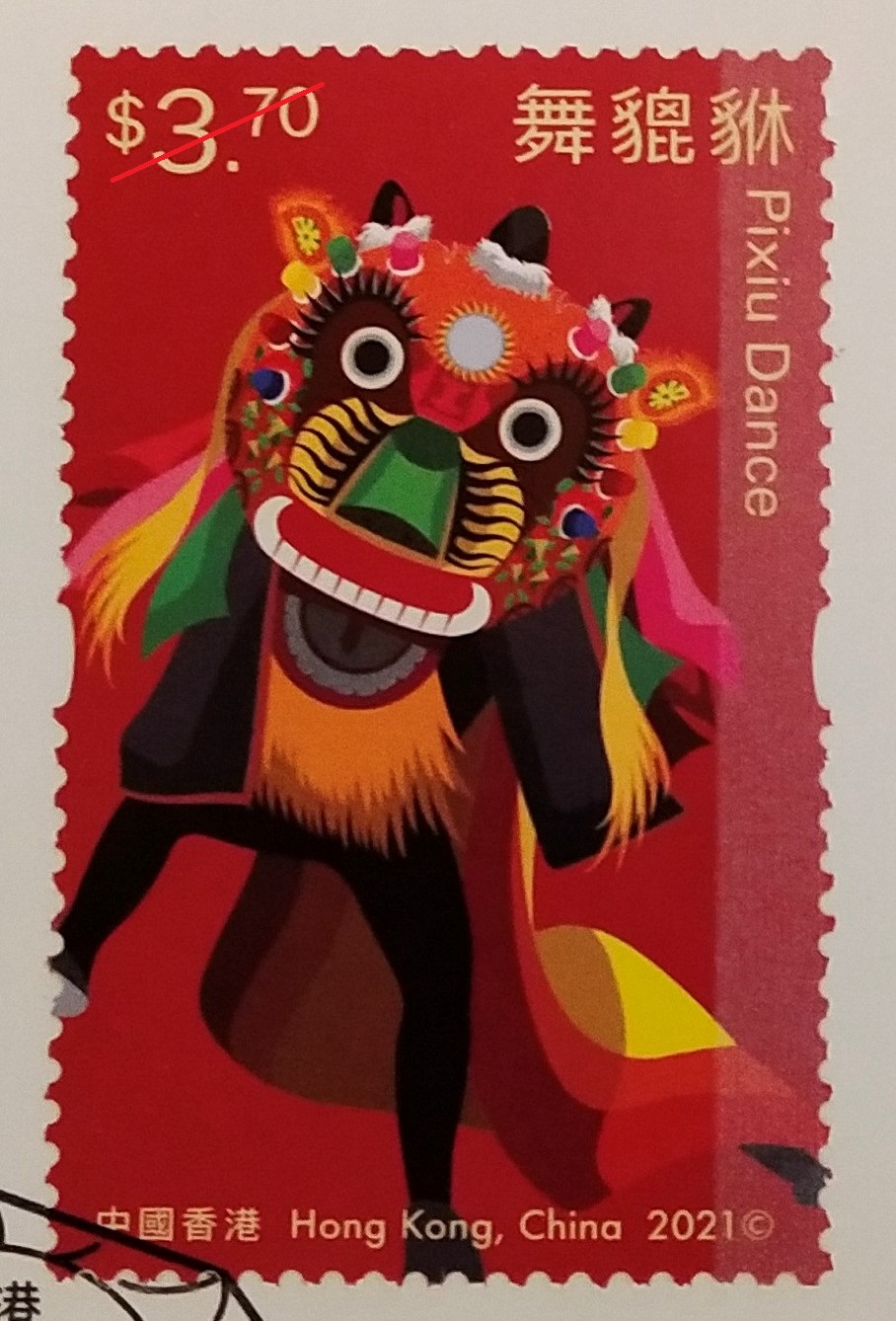 In Chinese legend, the fierce and warlike pixiu was the member of the beast regiment.

The winged pixiu has the dragon head, horse body and unicorn legs.

Its fragrant sweat lured a lot of animals to approach it.

It ate them by its big mouth!

However as it has no anus, it never defecates!

Pixiu becomes the favorite of the casino tycoons and the mahjong parlor owners because of this characteristics.

They want their businesses to be the money eating machines like pixiu. 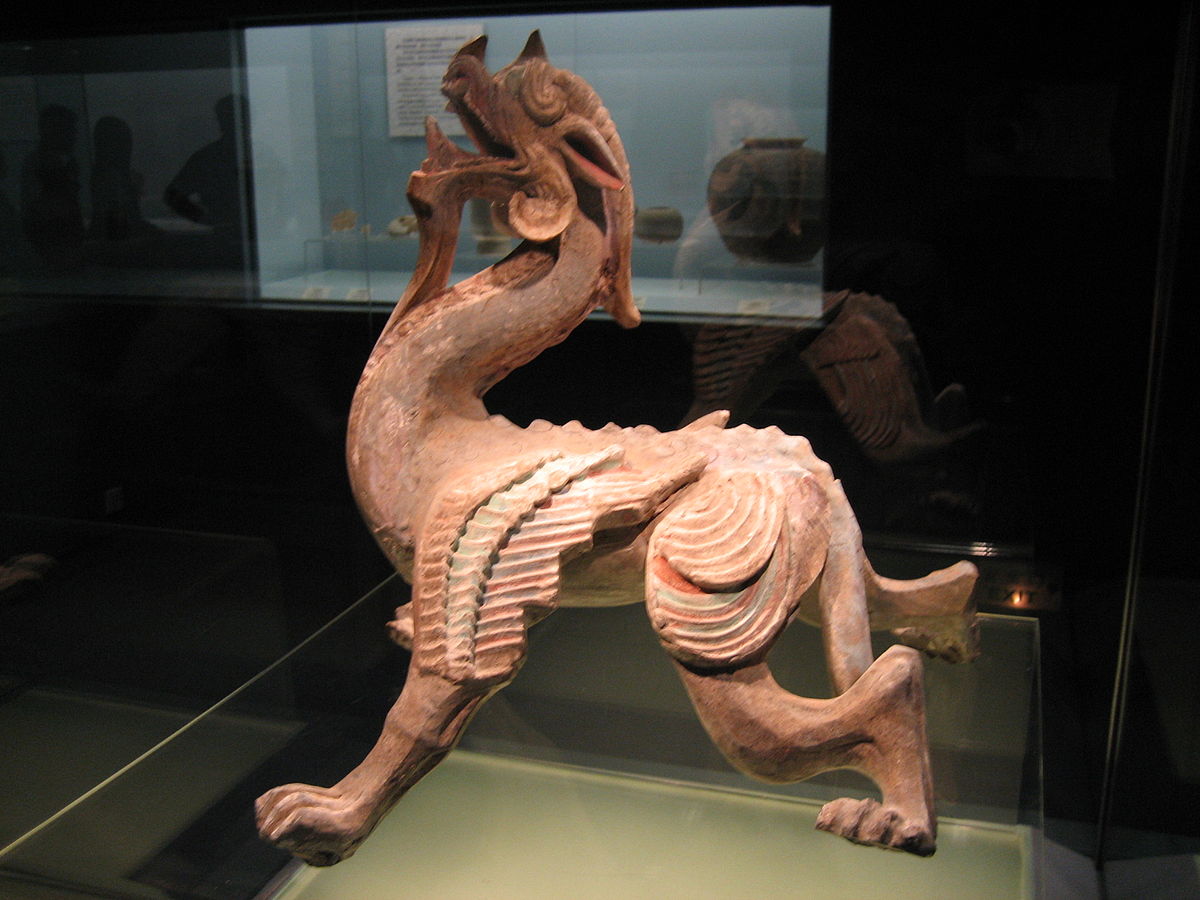 Thus apart from the normal celebrations, pixiu dancers perform at the opening ceremonies of the casinos and mahjong parlors.

Some people think that pixiu is similar to the Greek griffin, which is a cruel winged beast for guarding the treasury. 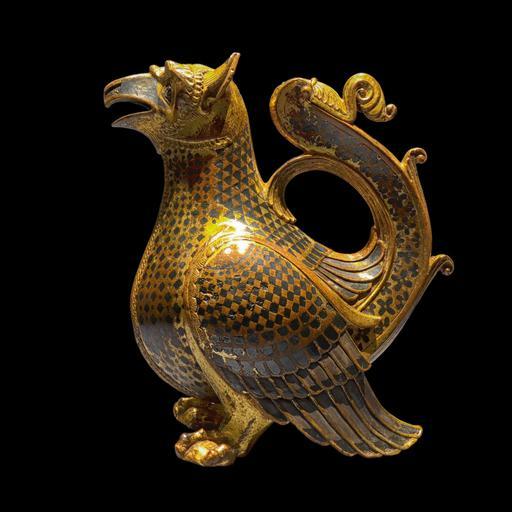 Chinese pixiu is similar to the Western griffin.

What do you think?

Hong Kong Post’s special stamps give everyone the chance to learn more about the lion dance, dragon dance, unicorn dance and pixiu dance.

Frank the tour guide hopes dragon dancers and lion dancers can perform at the cruise terminal at the welcoming ceremony again soon. 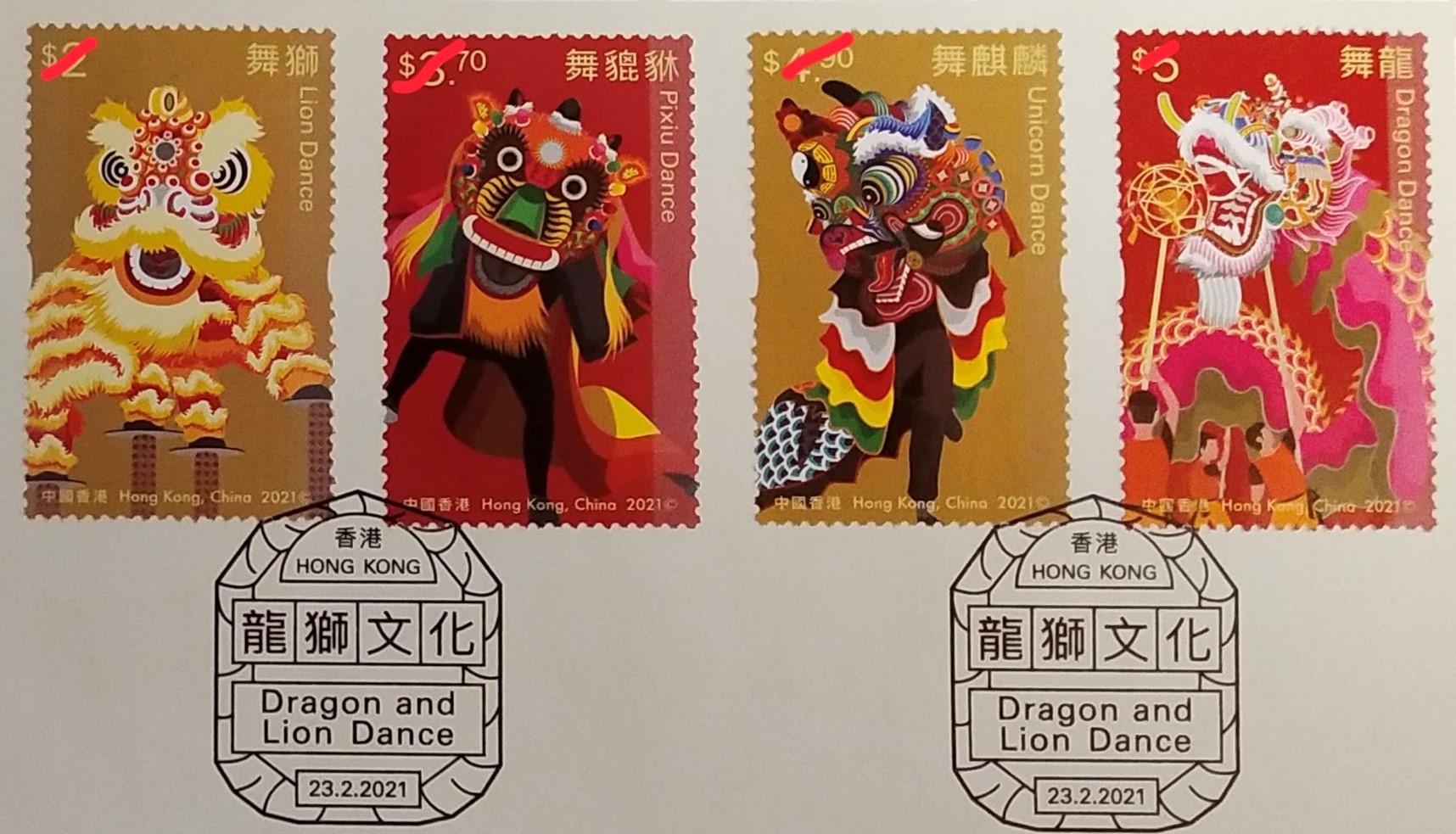