Skyscraper HSBC Main Building, which has two prevalent tales, was finished on 18 Nov 1985

The construction of HSBC Main Building at No 1 Queen’s Road Central was finished on 18 Nov 1985. 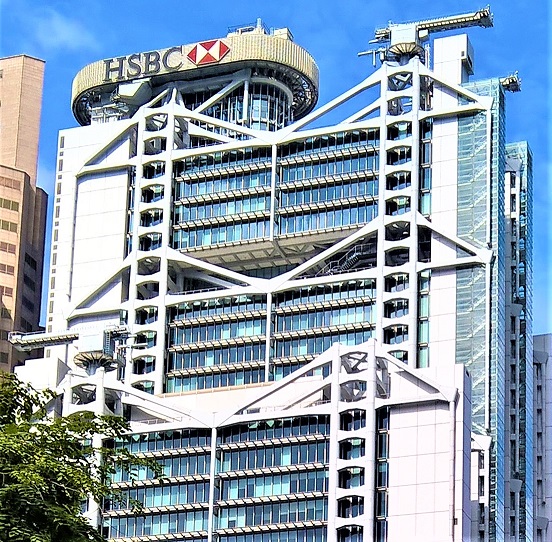 This once dearest skyscraper in the world has two tales.

First, it is the “LEGO building”, i.e. the steel structure can be dismantled and rebuilt somewhere!

This can help HSBC to “retreat quickly” before the “possible Red China confiscation” really happens! 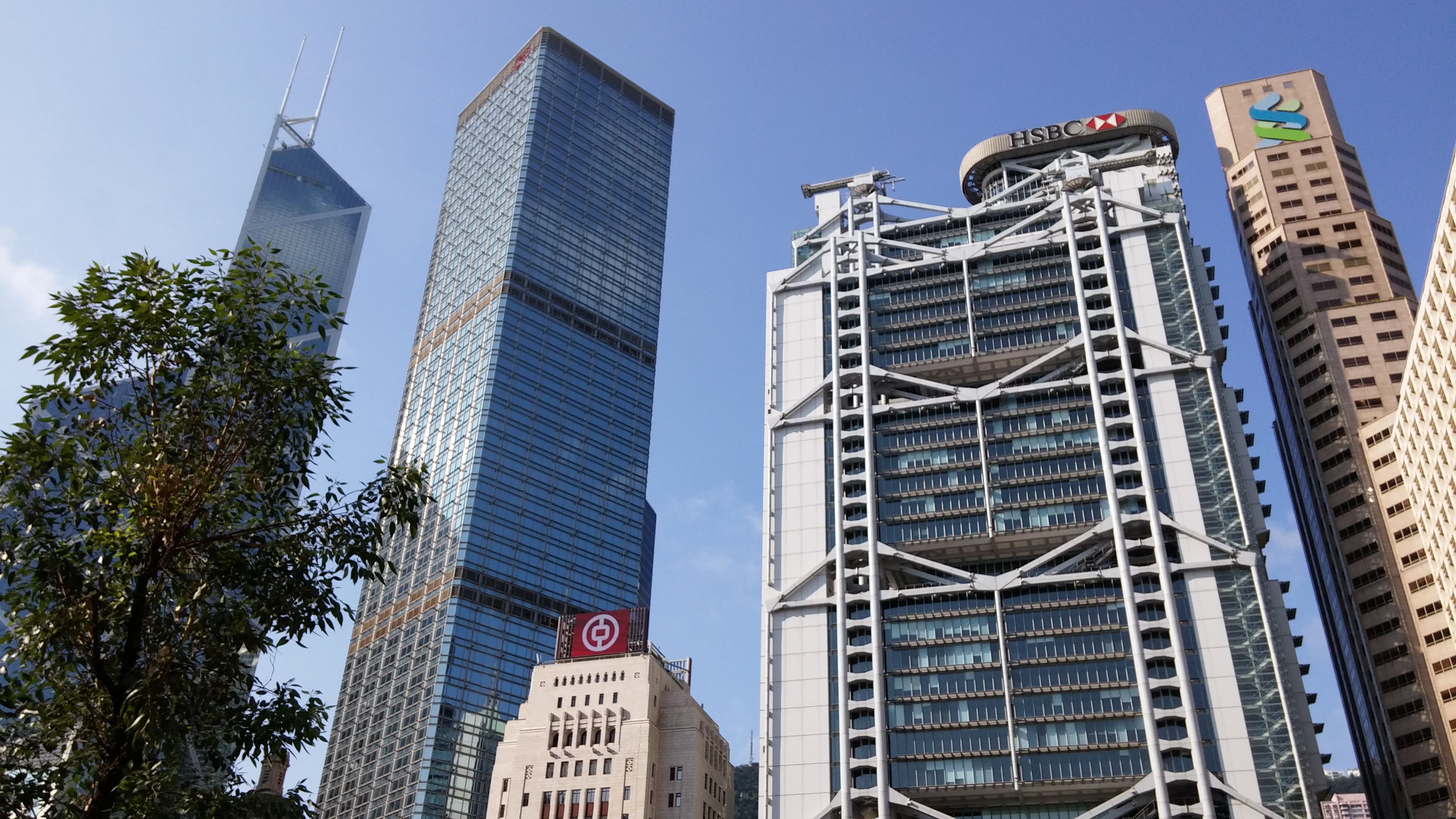 Second, it added “two guns (cranes)” at the top of the building after 1990 to neutralize the impact from latecomer and rival, the Bank of China Building, which looks like a knife!

Frank the tour guide is going to express his own opposite views to the two tales in this post.

HSBC Main Building is still the major component for the beautiful skyline of Hong Kong.

Travelers can TIY tour it yourselves (take MTR to go to Central Station Exit K). 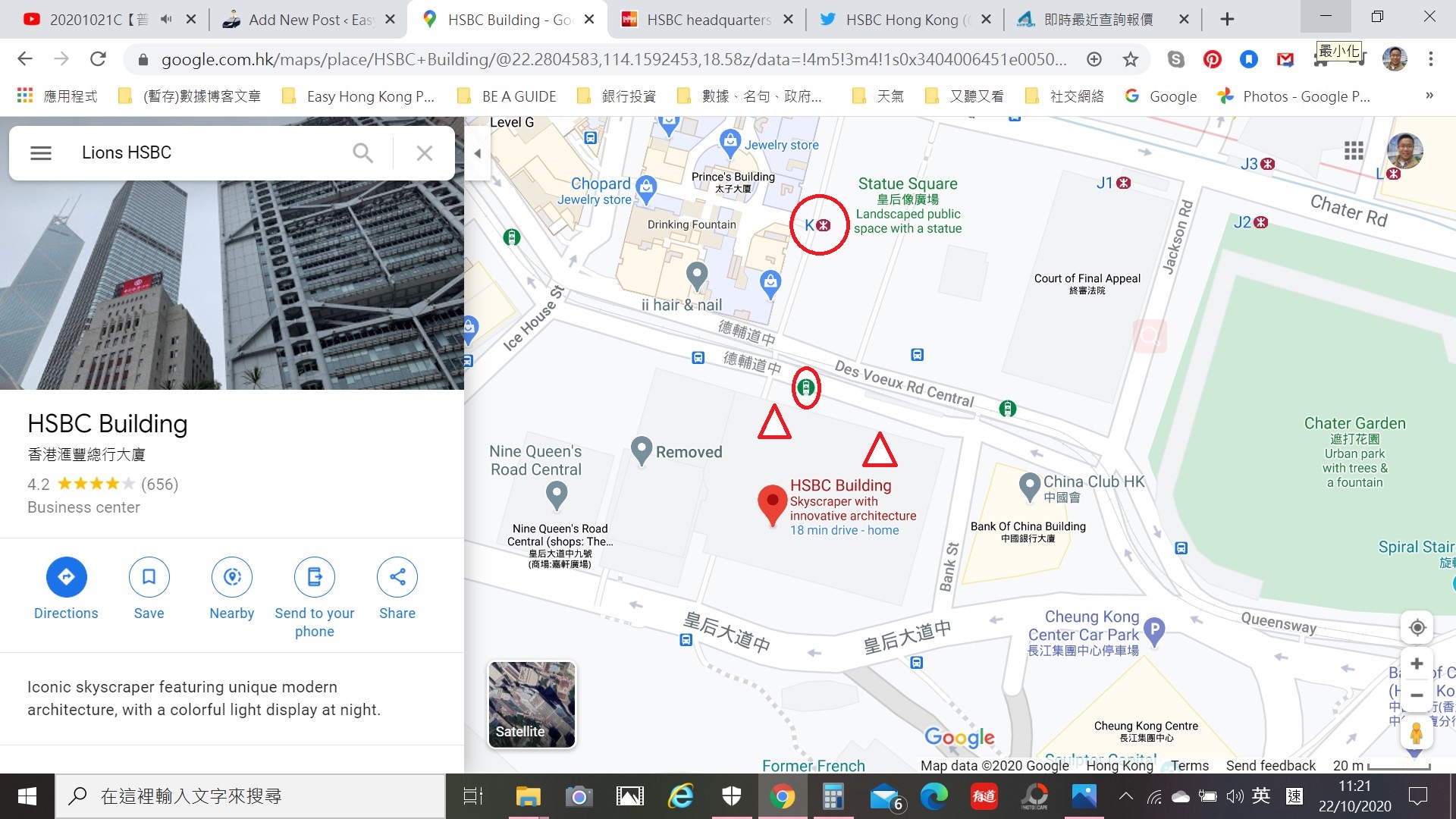 Frank also invites travelers to be his clients to join his easy Hong Kong private car tours to see Hong Kong skyline at the Victoria Peak.

A lot of people believe that HSBC Main Building is a “LEGO building”.

Its flexible steel structure can be dismantled and rebuilt somewhere.

Thus HSBC can dodge the “big losses” under the possible “confiscation” by “Communist China”!

In theory, this tale is workable.

However, the high cost and technical difficulties should make the HSBC LEGO project unworkable. 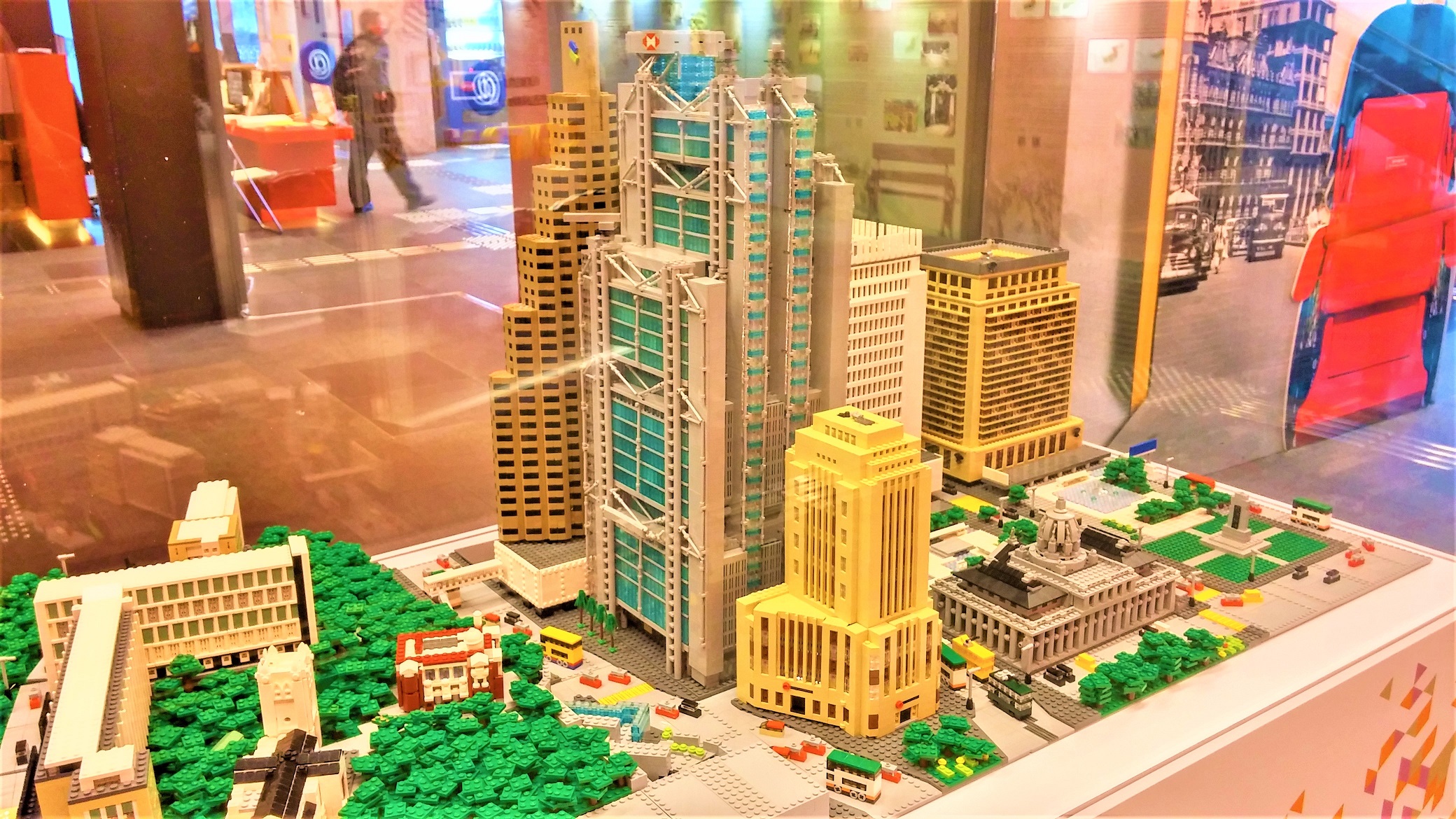 It should be easier and cheaper to build a new one in London.

It is doubtful whether HSBC would get enough time to dismantle the big building before the confiscation of the nearby Red China.

In the early 1980s, HSBC did understand Hong Kong would return to China in 1997.

If HSBC was really afraid of the “Red China’, it would stop the costly big project at once.

HSBC was actually very confident about Hong Kong’s future under the “One Country Two Systems”.

During the transitional period from British colonial rule to autonomy under Chinese rule, Chinese enterprises’ influence gradually rose from the 1980s in Hong Kong.

The new Bank of China built in 1990, which looks like a knife, was a clear symbol. 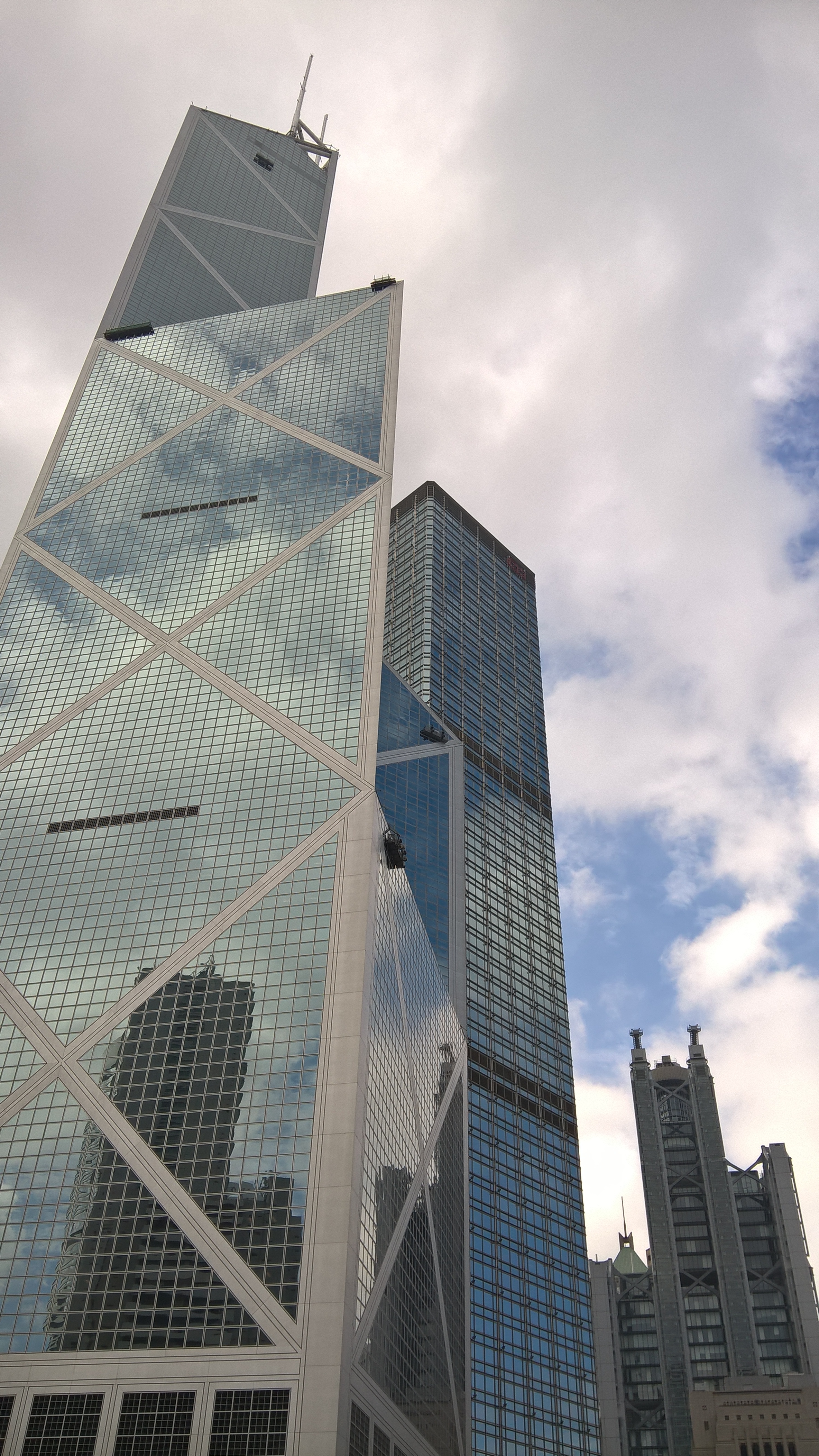 Bank of China Building is designed by Chinese American architect, I M Pei.

A lot of people also believed that HSBC just “added two guns” at the top of its own headquarters to target at the “knife” to try to neutralize its power after 1990.

The crane at the top of HSBC Main Building

This prevalent feng shui story actually has a big defect in timing.

When HSBC Main Building was finished in 18 Nov 1985 and opened in 7 April 1986, the “two guns”, which were actually the cranes, have been installed at the top of the building already. 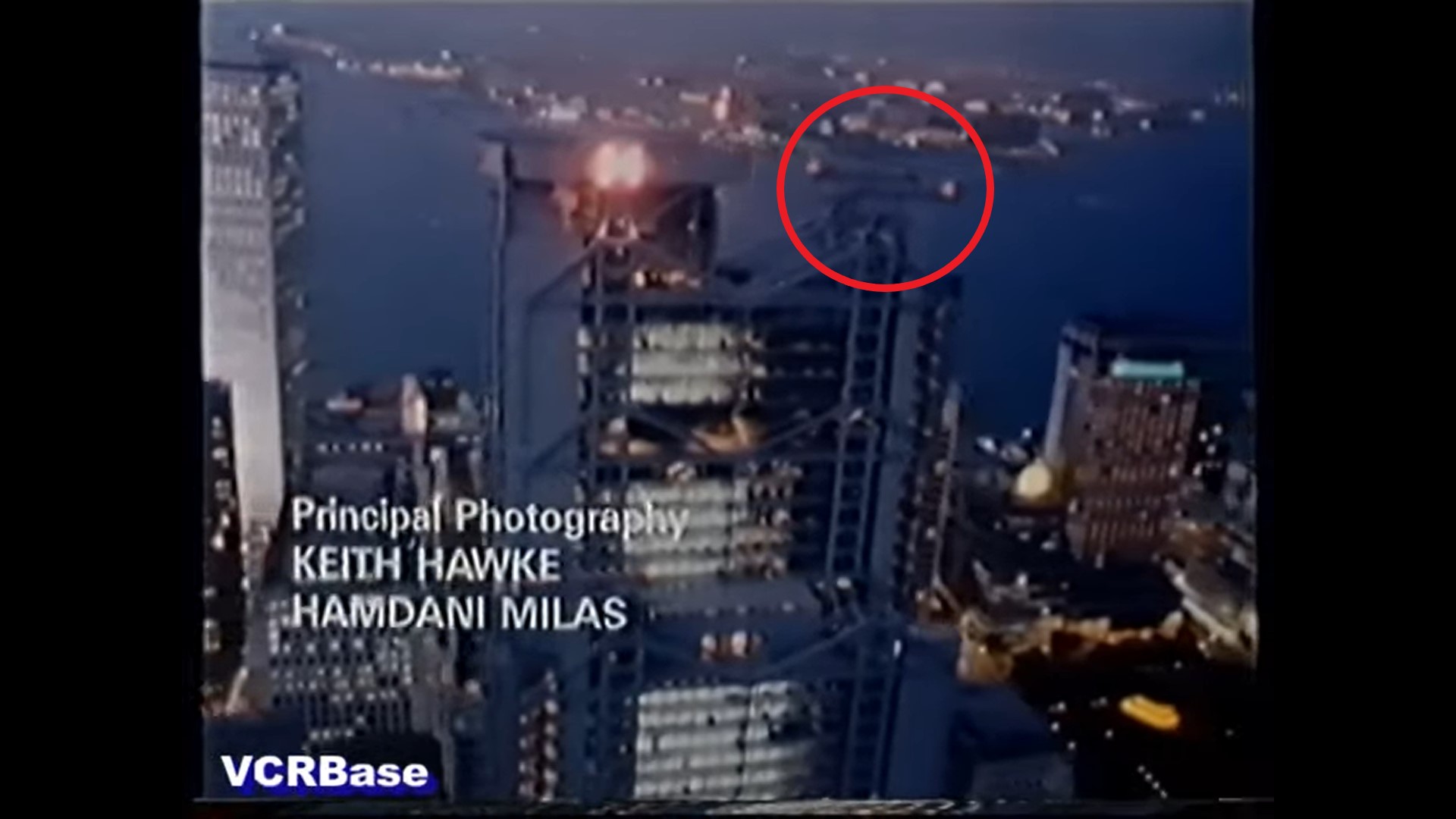 Workers have relied on the two cranes a lot to lift and move the heavy machines and furniture in and out the skyscraper before 1990.

The powerful and indomitable lion statues, Stitt and Stephen, may give more protections to the world’s local bank building.

To visit HSBC Main Building, which is the major component of Hong Kong skyline and say hello to its two lion statues yourselves, you may take MTR to go to Central Station Exit K.

Clients can go to the Victoria Peak by the Peak Tram ride.

Clients can see the great view of Victoria Harbor during the ride and at the lookout point.

Then clients can take the private car to visit other major sightseeing points and hidden gems.

Frank hopes he can show you the beautiful Hong Kong skyline in 2021!