Recently Italian Sculptor Mr. Arturo Di Modica, who made the famous Charging Bull sculpture in New York, has passed away.

As another international financial center, Hong Kong also has a pair of buffalo sculpture at the Exchange Square. 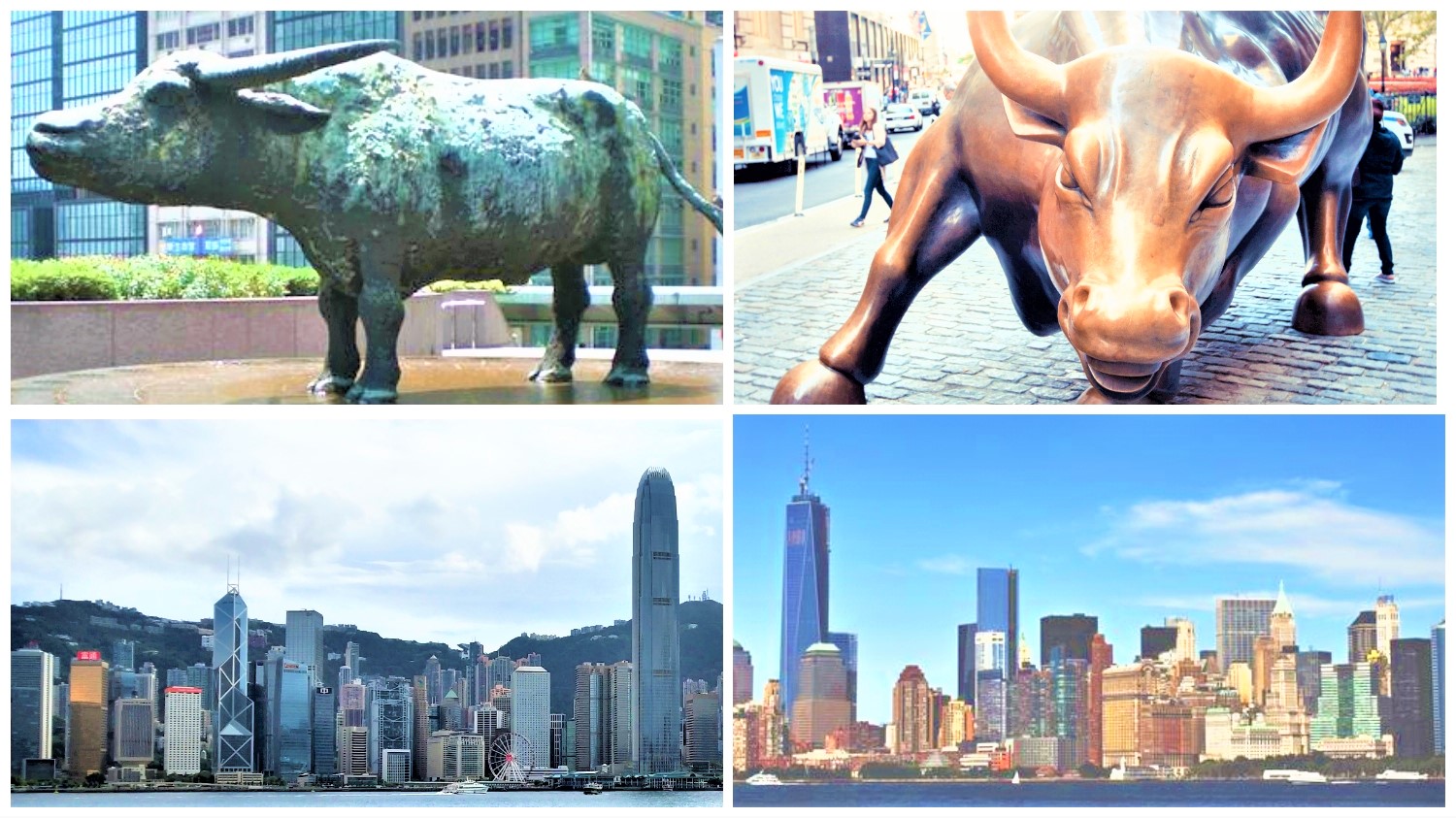 
It is easy to go to say hello to the two buffalo sculptures (Take MTR to go to Hong Kong Station Exit A, Walk for about 1 minute).

Ox is eating grass under the Big Buddha 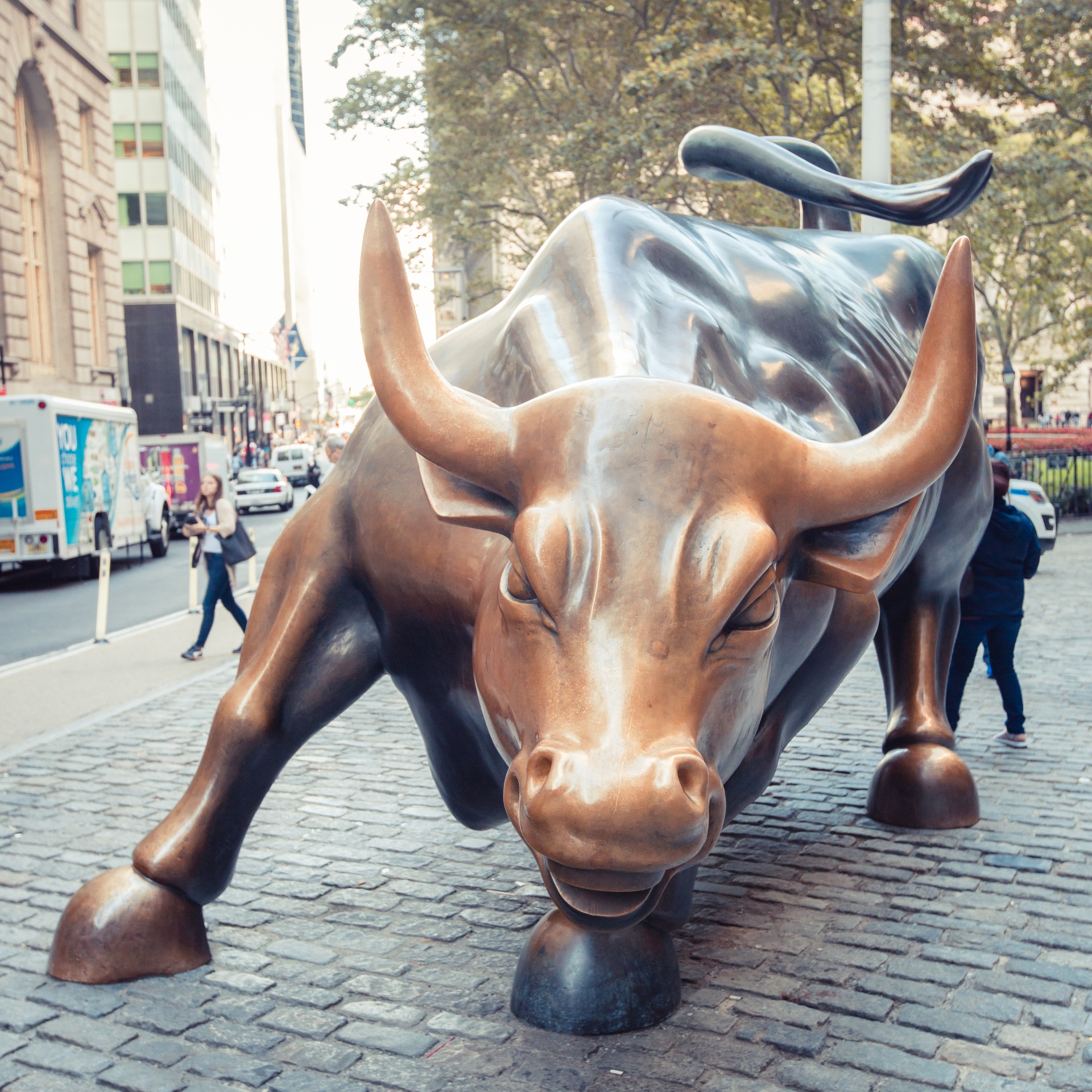 Modica installed the statue in Manhattan without getting permission in 1989.

New York Police even took away the sculpture.

Just after the public outcry, New York City Government allowed the reinstallation of the bull in the World’s financial center.

The lying buffalo was finished in 1987. 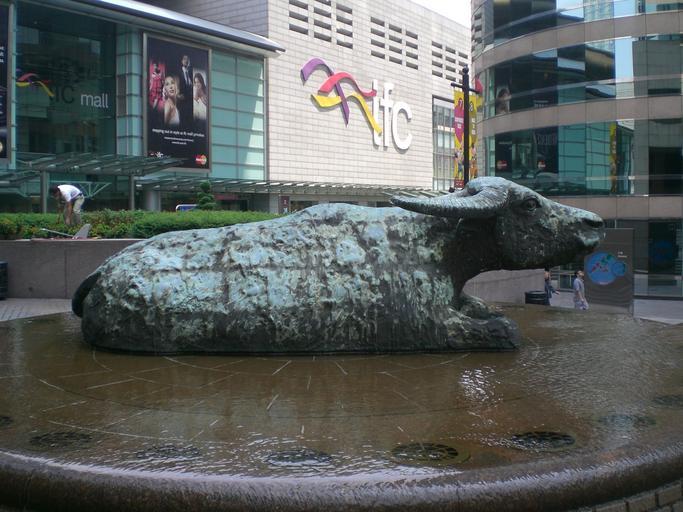 The standing buffalo was finished in 1988.

So the legal buffalo sculptures in Hong Kong are even older than the Charging Bull in New York.

Modica did spent a lot of time and efforts to polish it. 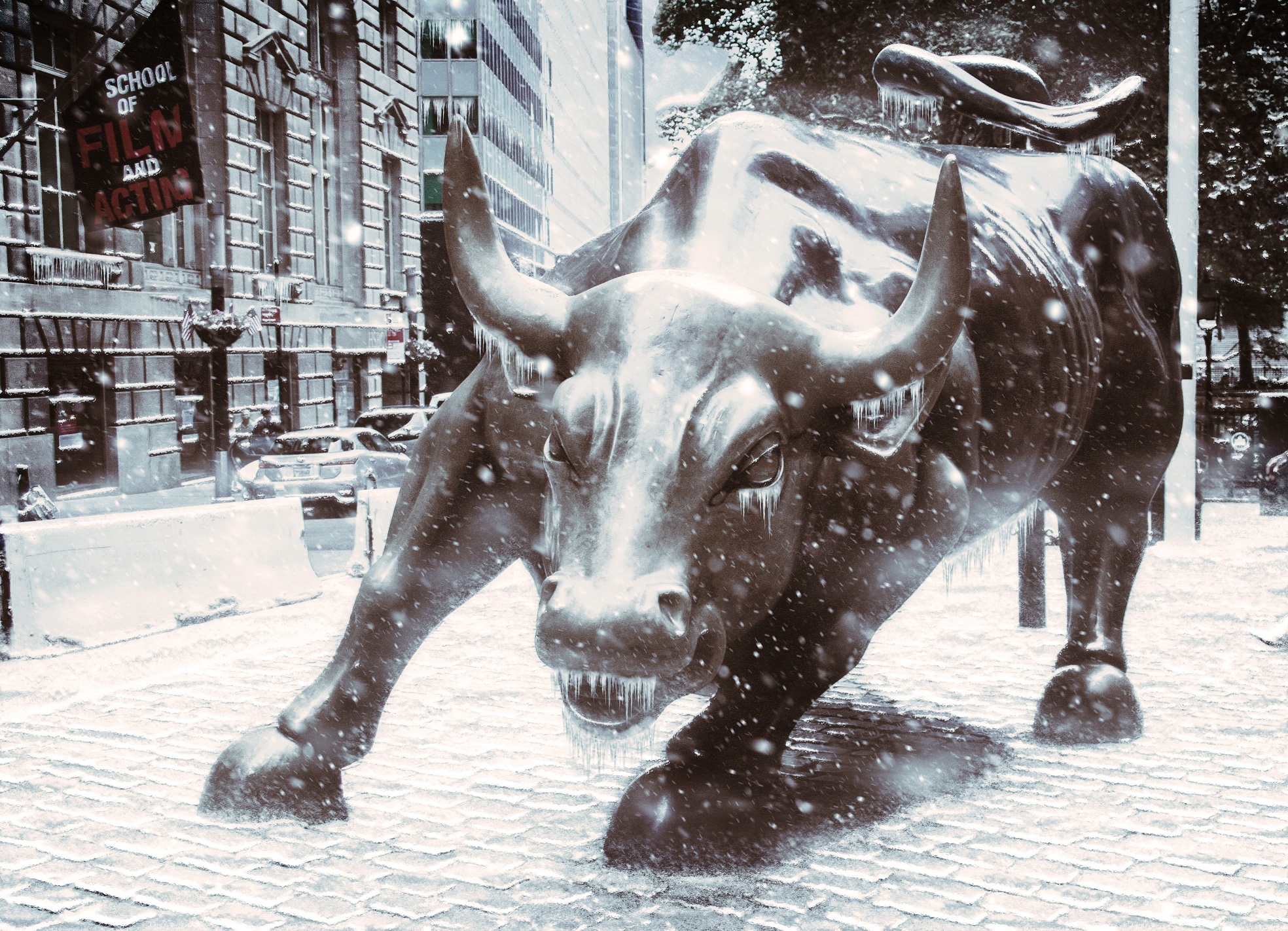 According to Modica, the Charging Bull actually represents US people’s strength and power.

It looks energetic and aggressive.

It is ready to “charge” to earn more in the bull market after the 1987 stock market crash.

The bronze buffalo sculptures in Hong Kong have a very coarse surface. 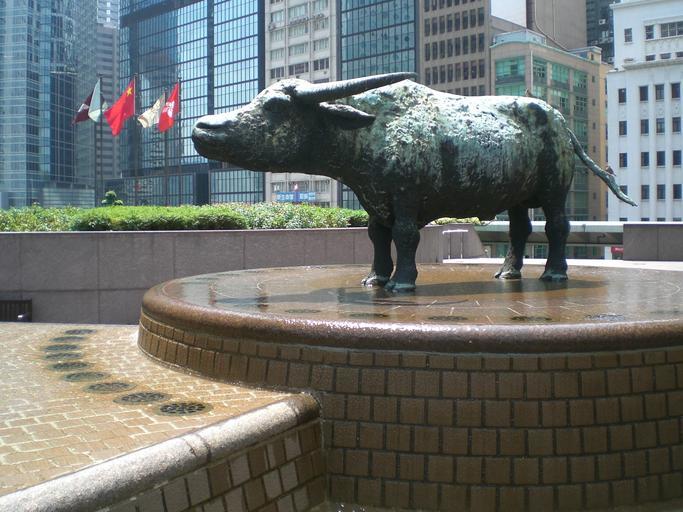 After oxidation, they were once covered with the patina.

So they looked like the buffalos, which were covered all over with mud, in the traditional Chinese villages.

The tame buffalos just take a rest quietly after a day of farming work.

Frank thinks the sculptor just wanted to persuade people to work diligently, invest steadily and wait for the harvest patiently.

It is no need to take the risk to speculate like a charging bull.

At first the Charging Bull had no neighbor.

In 2017, the Fearless Girl began to stand in front of the bull. 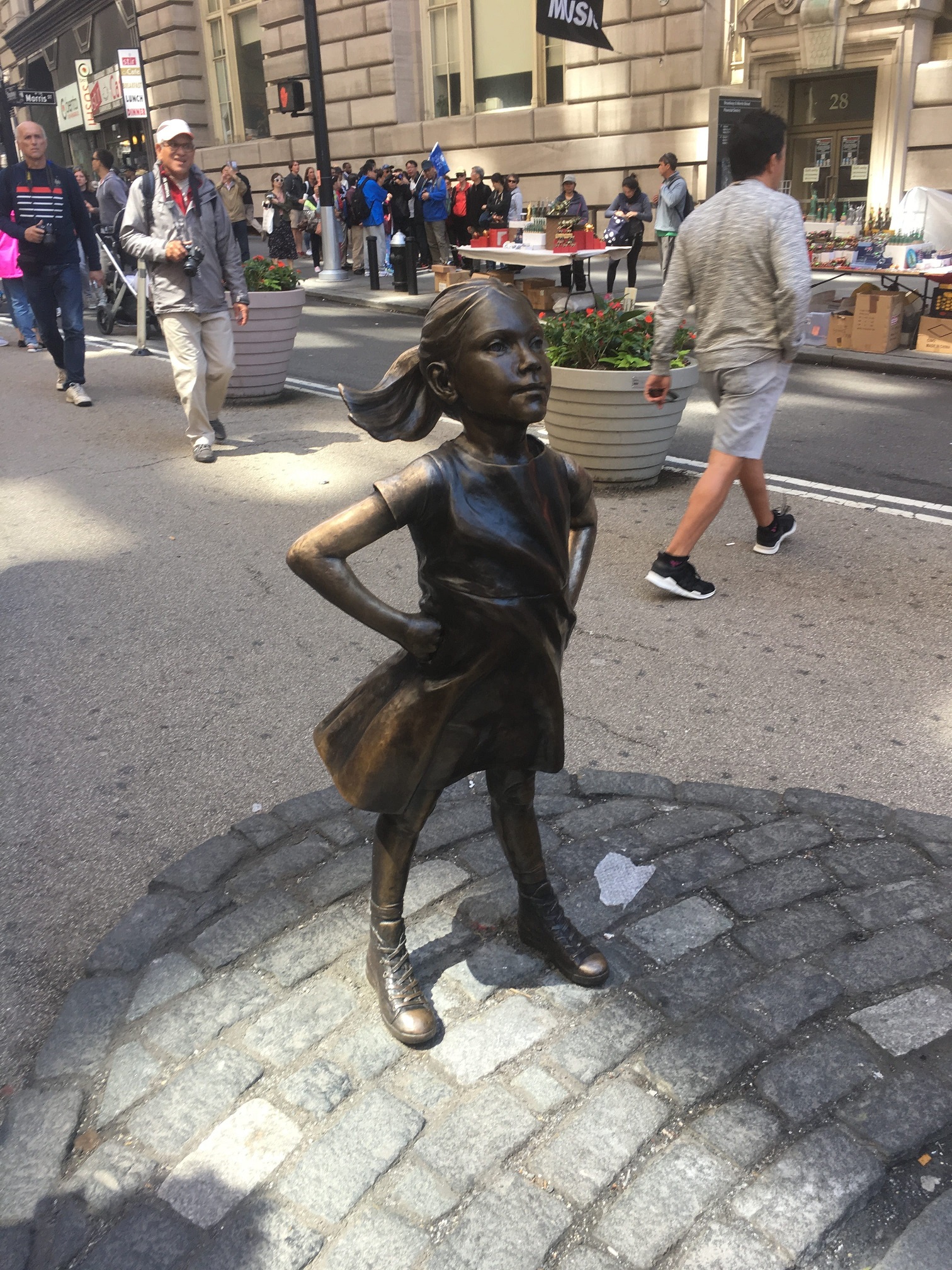 It was actually an advertisement for an index fund, which includes companies with more women in the leadership.

Later it became a symbol of feminist movement.

Now the “war” between the two neighbors seems imminent. 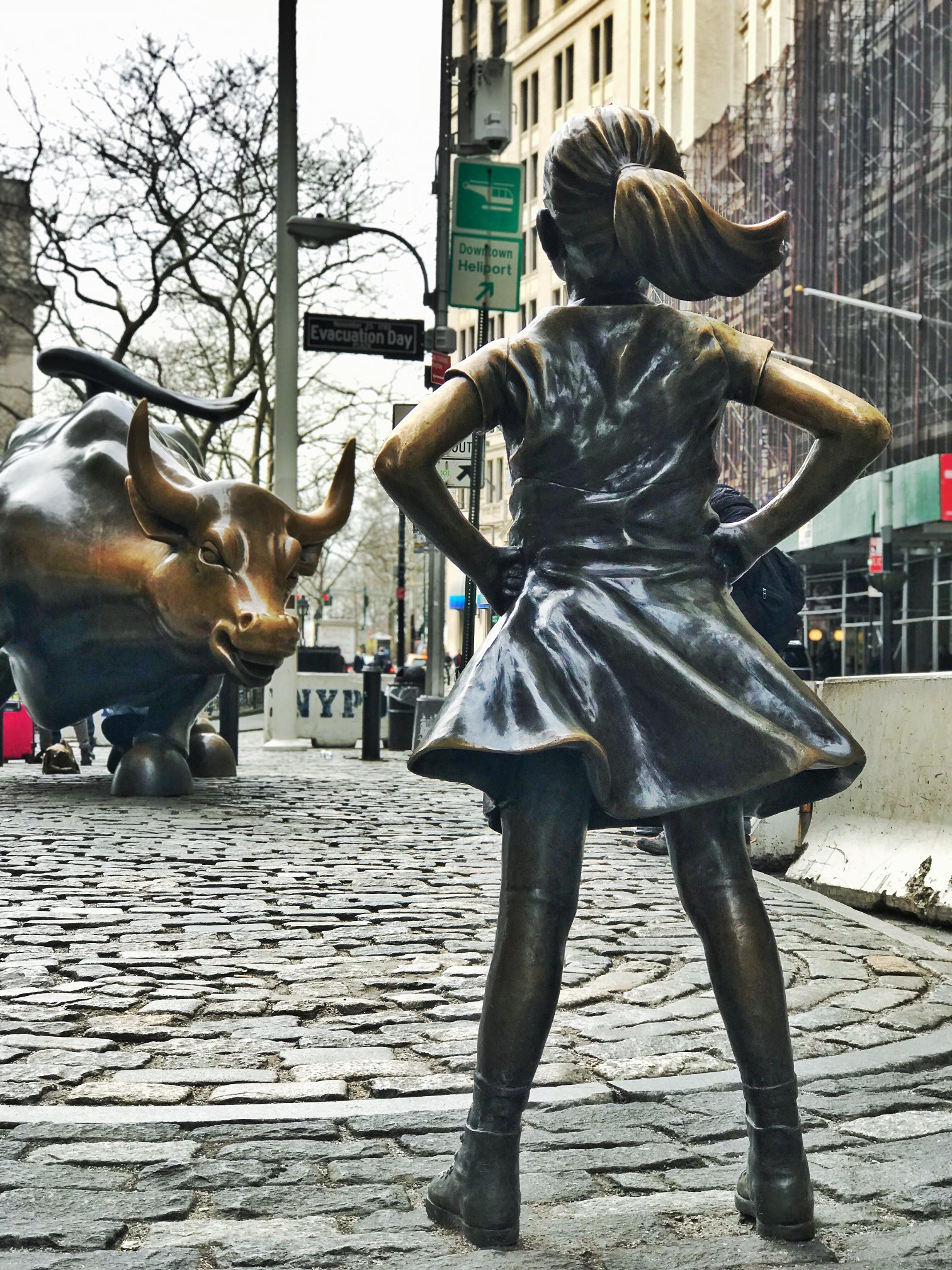 The buffalo sculptures in Hong Kong have two neighbors, Tai Chi sculptures, which were made by a Taiwan Province sculptor.

Tai Chi is a slow but effective martial arts. 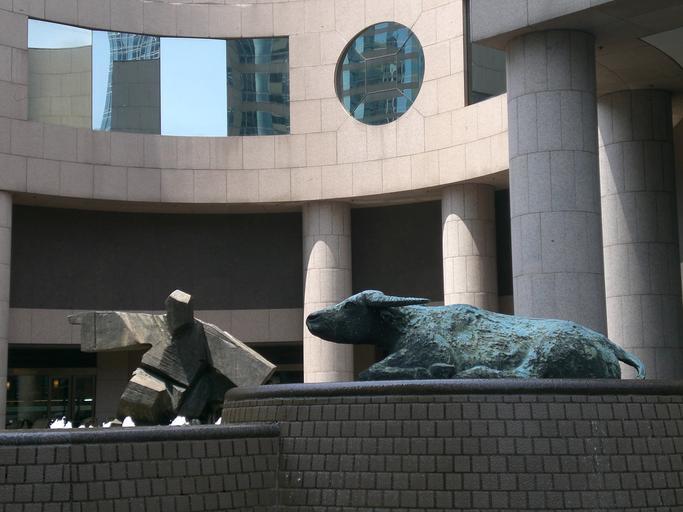 People should work hard like the buffalos to accumulate the first pot of gold.

Then people should follow the Tai Chi players to invest step by step and focus on the long term result.

Frank the tour guide thinks that the buffalo sculptures and Tai Chi sculptures are representing a slow but healthy bull market, which is different from and better than the fanatic bull market.

A lot of tourists rub the bull sculpture, especially the bull’s testicles, to try to get the luck in the stock market. 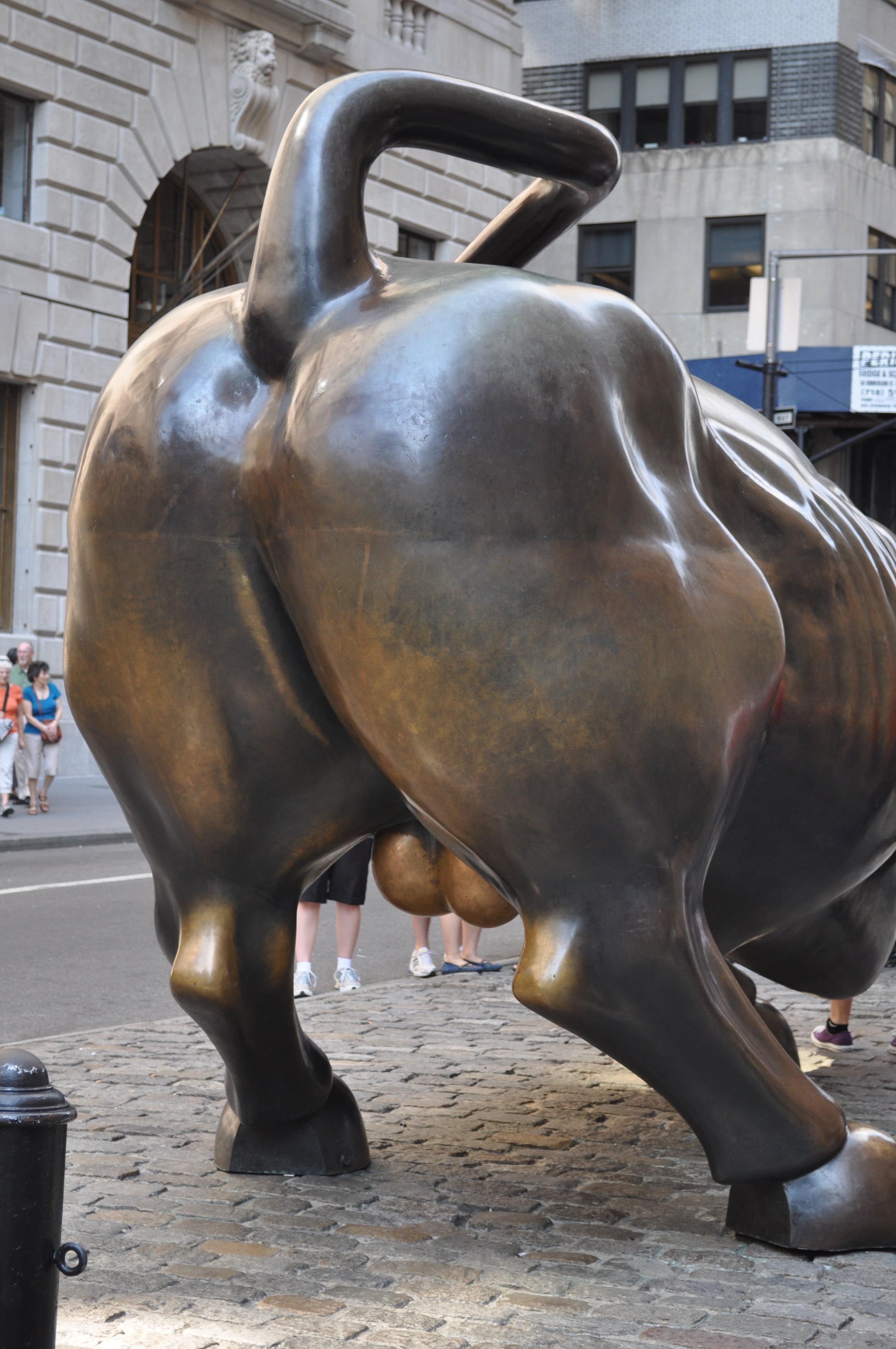 The Charging Bull’s testicles are noticeably lighter in color due to frequent rubbing. This shows it is a popular tourist attraction.

After 2017, a lot of people want to take the photos for the impending battle between the angry bull and Fearless Girl.

Although the buffalo sculptures in Hong Kong are next to the Hong Kong Stock Exchange, which is the global initial public offerings (IPO) market leader for many times and the gateway between China and international markets, the buffalos are very low key and are the hidden gems only.

They just stand and lie motionless on the running water.

People can take photos for them but cannot touch them.

As their neighboring Tai Chi sculptures are just practicing the slow Kung Fu, not the fast and powerful Jeet Kune Do of Bruce Lee, they are a lot less famous and popular than the Bruce Lee Statue on the Avenue of Stars in Tsim Sha Tsui.

It is easy for the travelers to go to see the Buffalo sculptures.

It is close to the Hong Kong MTR Station A and IFC Mall.

Travelers can take photos for and selfies with the two tame buffalos.

Clients can of course visit the Big Buddha, take the Ngong Ping Cable Car ride and enjoy the natural landscape during the private car tour. 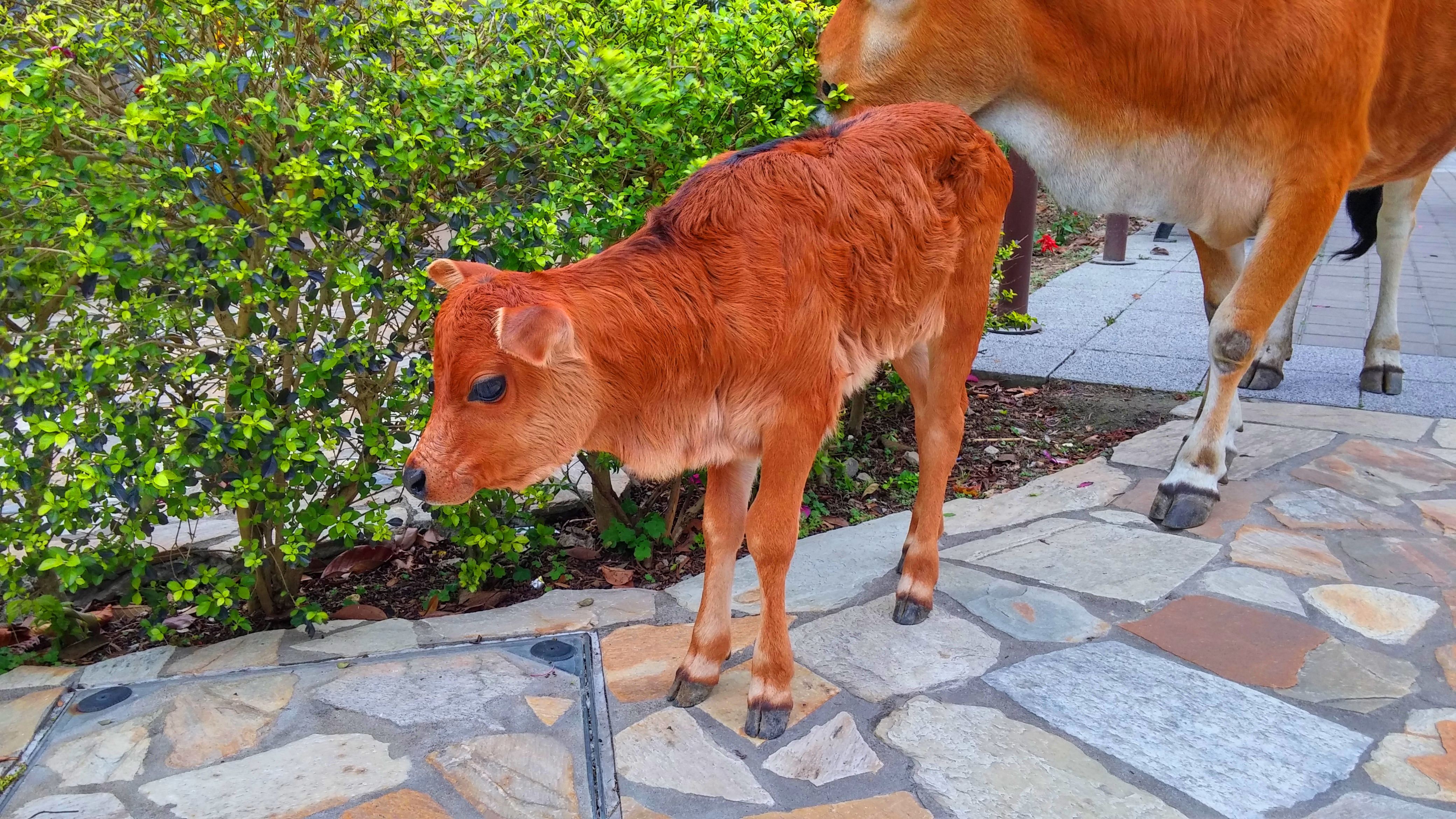 Frank hopes he can serve you on the beautiful Lantau Island soon. 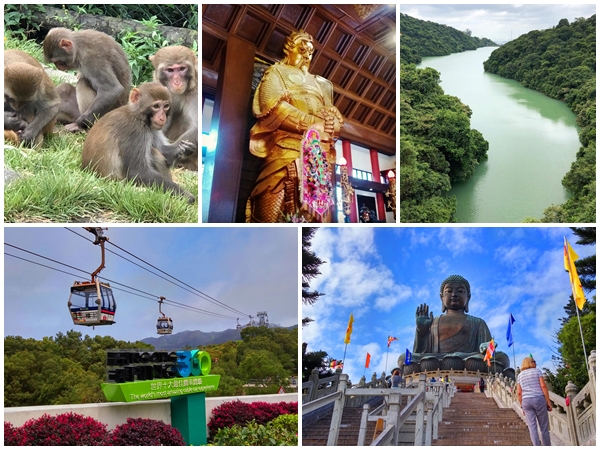